May You and your family have a wonderful Easter. The Resurrection of Jesus should give us all hope in the midst of this pandemic. God is still in control and the Coronavirus will be conquered and the Devil will lose again.

When the women went to the tomb on Easter morning the rock was rolled away and the tomb was empty. Not only that but an angel met them there and said:

“Do not be afraid, for I know that you seek Jesus who was crucified. He is not here, for he has risen, as he said. Come see the place where he lay.”

Another good scripture to remember–this is what Jesus told Martha before he raised her brother Lazarus from the grave:

The good question for each one of us today—Do you believe this?

Here’s my favorite message for Good Friday. It has become a tradition to post it every year on this day:

Here’s a link to where the famous tape can be downloaded.

The whole tape is great but the best part is toward the end when Tony Campolo recalls one Sunday when he had a little preaching competition with the head pastor at the church where he was attending.

The following is just a taste of what the climax is like in the 45 minute tape/sermon.  it doesn’t really do justice to the original but this printed abbreviated version is inspirational none the less:

It was a simple sermon, starting softly, building in volume and intensity until the entire congregation was completely involved, repeating the phrases in unison. The sermon went something like this:

Now it’s Sunday. And just about dawn on that first day of the week, there was a great earthquake. But that wasn’t the only thing that was shaking because now it’s Sunday. And the angel of the Lord is coming down out of heaven and rolling the stone away from the door of the tomb.

Yes, it’s Sunday, and the angel of the Lord is sitting on that stone and the guards posted at the tomb to keep the body from disappearing were shaking in their boots because it’s Sunday, and the lamb that was silent before the slaughter is now the resurrected lion from the tribe of Judah, for He is not here, the angel says. He is risen indeed.

It’s Sunday. And now everything has changed. It’s the age of grace, God’s grace poured out on all who would look to that crucified lamb of Calvary. Grace freely given to all who would believe that Jesus Christ died on the cross of Calvary was buried and rose again. All because it’s Sunday.

Today is St. Patrick’s Day. Usually this is a day of parades, green beer, and rowdy drunken debauchery all done in the name of a historical character that was God’s apostle to Ireland—forget ‘Saint’ this guy functioned as an apostle and a power evangelist with signs and wonders.

However, most of the usual celebrations on this occasion have been shut down this year because of the Corona virus.

The Real Story of St. Patrick

But who was this St. Patrick anyway? A man born into a Roman Christian family in Wales around 385 AD with the given name of Macwyn Succat. At age 16 he was taken from his home and enslaved by Irish Celtic raiders. He tended sheep for his new masters for 6 years and became closer to God in the process. The ‘voice of God’ directed his escape and later commissioned him to return to Ireland as a missionary. He went to seminary and became a Priest in preparation and later a Bishop.

He is recognized by all major Christian churches–Roman Catholic, Orthodox, Lutheran, and Anglican since he ministered before the church was divided into all the different denominations we have today. So Protestants have just as great a claim on him as Catholics. And those of us who have Welsh blood running through our veins have as much right to claim St. Patrick as any Irishman.

It is said that he was also a healer and that he prayed for hedges of spiritual protection surrounding Christian homes, churches, and whole villages. Legend has it that snakes were banished from the island in the process, though scientists today doubt there was ever any on the island. Nevertheless, Druid priests were forced leave and demons and evil principalities were cast out and challenged by St. Patrick.

Here’s an example of the spiritual condition of  church that St. Patrick left behind—part of a prayer attributed to him but probably recorded a couple of generations later: 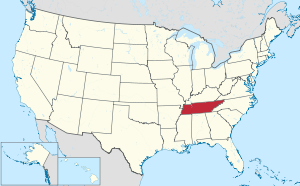 May God Bless you and yours for this new year and the beginning of a new decade.

With the new year, many want to improve their lives in 2020. One of the best ways to do that is to read the Bible daily in the new year.

Several polls taken during the last few years have unfortunately demonstrated that American Christians are somewhat illiterate when it comes to the Bible and particularly Biblical teachings. One good way to reverse the trend is to set aside time to read the good book everyday. An excellent idea is to read through the whole Bible or at least the New Testament during 2020. There are a number of good programs to help you in the process.

One of the easiest ways to get it done is to get a ‘One Year Bible’ where the whole year is divided up into daily readings usually with a selection from the New Testament, the Old Testament, and from Psalms. You can even get it in your favorite version at the book store or download an ebook version on Amazon or Barnes and Noble.

If you find that reading all of it in one year is maybe too much, then you could read just the New Testament and Psalm offerings for each day and then maybe save the Old Testament or the following year (or visa versa).

There are also a number of good plans available that allow you to use your regular Bible for the reading. Here’s a few online: The One year Bible Online, Bible Gateway

You could also get the Bible on CD or tape and listen to it on the way to work this year or download it into your iPod, iPhone or MP3: iTunes, Apps me now, YourVersion Bible App

There are lots of Bible helps available just search online.